Store My Library About Us Contact Us Blog Login

Why do I use essential oils?? A FAQ I hear all the time!

Following is a transcript of the video blog... I hope you enjoy!

Hi everybody. It's Mary Beckett and I'm with Blue Ice Essentials and I'm here for another healthy living blog and today's topic is one that I get asked about fairly often, why do I use essential oils and do they really work? So, those are probably the most frequent questions I even see around the internet. People are curious about essential oils because they're available at a lot more places now and you see more and more people using them, all those little bottle popping up in your neighbourhood stores and you have friends that pull them out of their bags and you might even wanna try some, but for what?

So, a lot of people I talk to have a bottle of lemon or lavender, peppermint, or maybe a collection that they picked up somewhere on their shelf in their house and they think they smell really nice and they're not sure what to do with them and so I was a bit like that at first. My cousin sent me some samples of doTERRA oils, those little tiny bottles that you get from friends that are using oils and they want you to try them so they keep giving you those oils. And I thought they had some pretty strong aromas, some of them I liked, some of them not so much, although, you know what's funny? Some of the ones that I didn't like then, I really love now, so maybe it was something I needed.

But anyway, I took them and I opened the package that I got them in and I smelled all of them and I thought, 'Oh, they're really nice.' And then, other than opening them and smelling them every once in a while, I really didn't know what to do with them until I was doing some baking one day and my bottle of lemon essence that I use when I'm making cookies was empty and I remembered, 'Oh, I've got lemon essential oil. I bet that would be good.' And I opened it up and, 'Oh, this is way better than the lemon essence that I get at the grocery store.' And so I put it in my cookies and it was awesome. Three drops and it was the most lovely lemon scented shortbread you've ever had, really enjoyed it and then I had some orange and I made sun tea with hibiscus and that was really, really good in my hibiscus sun tea and so that was just all I used them for to begin with 'cause I didn't really understand the whole essential oil idea at all and I thought, 'Well, at least I'm using them for cooking.'

But they really are good for a lot more. I still use them in cooking but you can do so much more. They're not even really a new fad. Essential oils have been around for a long time. The Egyptians, the Romans, the Greeks, they all knew about them and in Ayurvedic traditions and Chinese traditions, they both used the healing power of plants. And, in fact, traditional cultures all over the world have used traditional plant remedies since time began, basically.

So, when someone asks me if they really work, I have to wonder why there is such skepticism about it. Big Pharma's been using extracts from plants to find and synthesize many of the drugs they hold patterns over for years and years and years but you can't pattern an essential oil. So, maybe that's part of the problem. Because they can't be patented, they're not studied as often as the synthetic extracts have been and until recently, there hasn't been a lot of interest but now that there's getting to be more interest and it's becoming a topic of popular culture, there is getting to be more science.

And if you're interested in that sort of thing, you can go on a website called Aromatic Science and they have lots of peer reviewed published scientific papers that you can read about science that's being done about aromatherapy essential oils. And I went over to their page, just to see what was on the recent postings listing and I found a scientific paper about using coriander in coordination with antibiotics because of its antibacterial effect. They're testing it because it kills MRSA, which is that bacteria that happens in hospitals. It's really hard to kill and apparently, according to this scientific paper, there are signs that it may even help reverse the antibiotic resistance that MRSA exhibits. So, that was an interesting one. And it was talking about how the plant essential oils work synergistically with the antibiotic to improve its effectiveness, so that was neat.

There was another one about studying the effect of cinnamon on killing candida. There's another one about the potential for reducing vascular calcification that is caused by kidney disease. Apparently, in the advanced stages of kidney disease, there's a potential to create a real problem with hearts because the kidneys stop removing the calcium, or the excess calcium I guess ... I don't know. I'm not a science person. But anyway ... (Hi, Lucy. How are you doing?) So anyway, they had this study and they were looking at linalool, which is one of the components inn lavender and petitgrain and coriander as well and they were talking about how it can be studied as a potential protocol for treating vascular calcification, which is kinda awesome because my husband had heart surgery and I know a ton of other people that have ... It's nice to see you, too. And so, that's kind of an interesting study.

Another one that they had up on the list of the recent publications, was a study on central fatigue and they were testing a blend (they didn't specify what it was in the introduction) but they had a blend of nine essential oils that they were testing to see if their control group would show less fatigue after sleep deprivation if they used essential oils and they found that there was. Now, of course, even with all of this science in there, the main reason I use essential oils isn't the science so much as the actual effects.

So, the reason I use essential oils is the benefits I've gotten from them. When I was not using essential oils, my allergies were never under good control and I spent my entire life planning around how to deal with them. Now that I got the Allergy bomb that I was telling you about the other day, and I use the lemon, lavender and peppermint to control those symptoms, I just don't even think about my allergies very much. I mean, I do still make sure that I'm not having symptoms but I don't have to worry about being sick all the time and the other thing is that I've started using the Lifelong Vitality supplements, which doTERRA makes, that have essential oils in them. So, it's an oil infused product, and my energy levels have just gone through the roof since then. It's like I have a new lease on life and aside from all of that, what I really like about essential oils is that instead of getting weird side effects, I get side benefits.

So, when I started using the lemon, lavender and peppermint, that was really the first thing that I was doing every single day because I have allergies to pretty much all in the world that is green and growing. I was visiting my daughter in Texas and what I realized as I was traveling is that I didn't need to use those pressure socks anymore because all of a sudden my ankles weren't swelling up the way they used to when I traveled and that's because there's a side benefit of using lemon, lavender and peppermint. All three of those oils are anti-inflammatory so the three oils that help me with me allergies also help me with inflammation. So, that was kind of an awesome side benefit.

So, when people ask me, why do I use essential oils? It's because they really work, and yes, there is science to prove it and yeah, I know the science isn't all there yet, and some of the stuff is more based on traditional uses as opposed to scientific proof, but I know how I feel when I don't have to get all those cold symptoms with my allergies and I know how much of a difference it has made in my life not to get migraines all the time and so on. Because all of these essential oils that I'm using to support my daily health are really making me feel better every single day, and so that's why I use essential oils.

So, I hope that you enjoyed the little presentation and I hope that you will keep tuning in. We're doing a series of blogs for essential oils because I'm introducing a new product on my website. It's our Members' Library and Lounge and I've been busy loading up resources into the Members' Library so it's got recipes and DIYs and articles of interest and basic trainings and so on, and then every month, in the Lounge, we will have a Q&A session so that you can ask me LIVE all the questions that you've got, and I'll do another training and add more information to the site monthly. So, I hope you really enjoy it and I hope that you keep tuning in for my blogs. If you want more information, the website is www.blueiceessentials.com. So, you have a really great day. It's back to being cold in the Arctic, so I'm back to wearing sweaters again but we did enjoy our three days of Spring and, I guess, the real thing will come along soon enough. You have a good day. Bye bye. 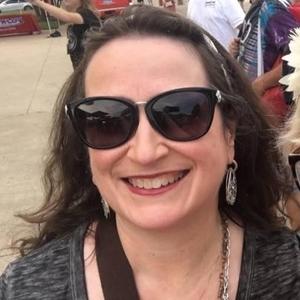 Mary is a Certified Aromatherapist and owner of Blue Ice Essentials. She has been an entrepreneur for over 30 years, is a mother of four grown children and a grandmother to four. She lives in Inuvik, Northwest Territories, Canada.

Please note that this blog is intended to provide stories of my own personal experience and should not be considered as medical advice. ​

Get to hear about sales and promotions first, plus a new DIY, recipe or blending tip every week in our newsletter.

Our Newsletter comes to you weekly with great information about essential oils, our promotions and always a DIY or recipe for you to try.